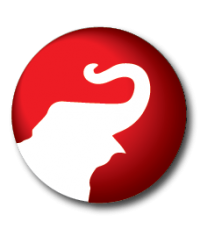 PORT ST. LUCIE, Fla., Oct. 8, 2020 /PRNewswire/ -- The following is a statement from Mark Gotz, Chairman of the Republican Party of St Lucie County:

Election Supervisor Gertrude Walker has denied the Republican Party the right to observe the ballot signature match, which matches signatures on vote by mail (VBM) ballot envelopes with those on record with the Supervisor of Elections.

"During the primary election we watched the process of matching the signature on the VBM envelope against the signature on file with the Supervisor of Elections. I witnessed numerous VBM unsigned envelopes that weren't rejected. They should have been rejected," said Mark Gotz, Chairman of the Republican Party of St Lucie County.

"Those VBM ballots were moved into the counting cage over my objections," said Gotz. This denial removes the transparency citizens need to know that their votes matter.

Democrats and the mainstream media claim there is no evidence of widespread voting fraud. This would be countered by The Heritage Foundation's compilation of adjudicated voter frauds which stands at 1298 cases nationwide with 1121 convictions.

Judicial Watch sued California and in specific Los Angeles County over its dirty voter rolls and in June 2019, LA settled by agreeing to remove 1.5 Million ineligible or dead voter records from its rolls.

In this general election, over 50% of the votes are expected to be mail-in ballots. Without the transparency of observation, with enough viewing time to gather the information to challenge ballots during the signature matching process, the integrity of Election results will always be in question.

Ballot integrity and transparency cannot be restored if the signature match process goes unobserved. Once the ballots are separated from their envelopes you can never trace the vote or the voter. Recounts then become useless. We hope other states will endeavor to verify their VBM ballots in a similar manner.

"In concert with FL Statutes 101.572 and 101.68c4, the Republican Party demands transparency in the validation, opening, and counting of vote by mail ballots. The time for action is now!" continued Mr. Gotz.